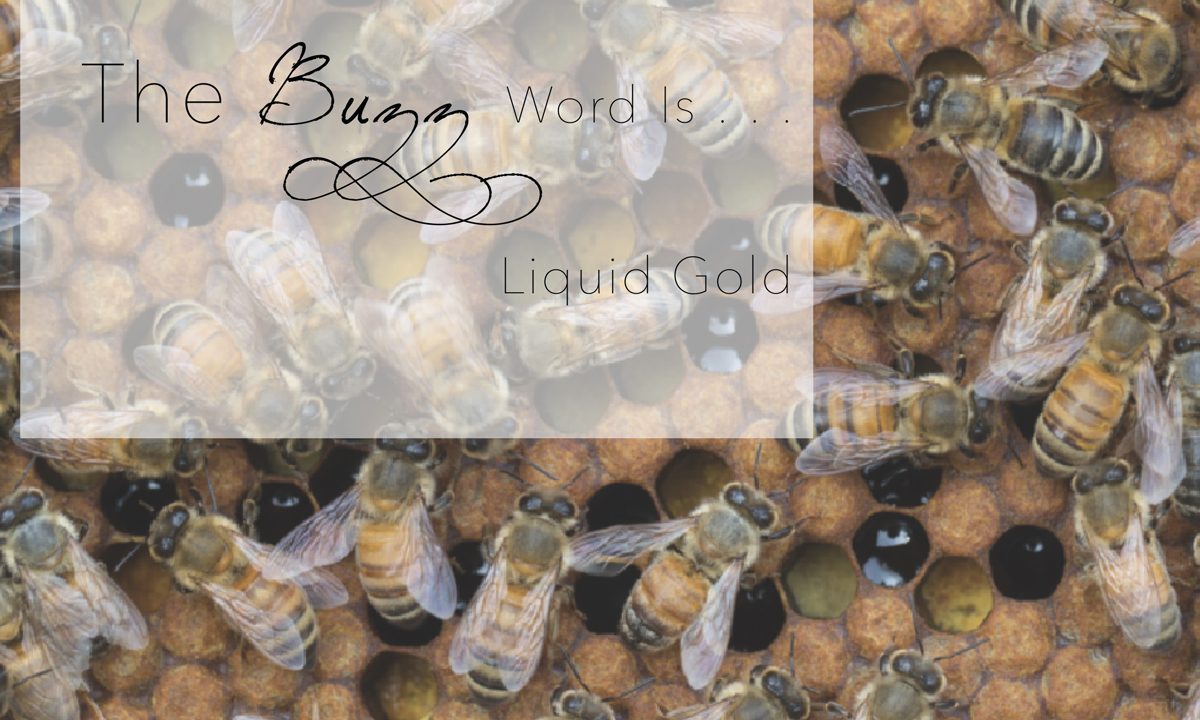 Bees are incredibly cool. The list of their achievements and special qualities is immense: their choreographed “waggle dances” for communicating where to find food and shelter to the rest of their hive; the structural efficiency of their hexagonal honeycomb architecture; and of course the special enzymes in their bodies that transform nectar into that most magical elixir famed for both healing properties and deliciousness – honey!

Honey and bee-related products like honeycomb, royal jelly, pollen and beeswax have always been considered luxury items. In his 2014 book The Homing Instinct, Bernd Heinrich explains its value in the culinary world alone throughout the centuries: “Sugar, as it is now, was a highly valued commodity, and, as during the previous thousands of years, it was
available only from the nectar of flowers and only through the labor of bees.”

Honey also comes in a variety of colors. According to the National Honey Board, “honey made from Orange Blossom nectar might be light in color, whereas honey from Avocado or wildflowers might have a dark amber color. In the United States alone, there are more than 300 unique types of honey produced, each originating from a different floral source.” A rule of thumb is lighter honey is produced in the spring/summer and amber honey in the fall.

Many people credit eating local honey and pollen as a method of alleviating seasonal allergies. Yes, you can eat pollen too! Not to mention honeycomb. The wisdom goes that you have to select honey harvested during the season that correspond with the plants that give you the allergies.

Another historically high-demand commodity was not just honey, but beeswax. In the 1600s the Queen of Britain forbade commoners to make beeswax candles, instead only allowing them to use paraffin or spermaceti, says David Hitchcock, who keeps 50 hives on island and is the proprietor of Bee Happy Honey Company. He also recycles the beeswax retrieved from the hives to make candles.

There are many stages of filtering and rendering required in order to get the final result: a light source that is sustainable, smoke-free and drip-free. The raw chunks of speckled, motley honeycomb are transformed into a large cylindrical block. The block is then heated overnight until it is hot enough to dip. He uses a custom-built carousel, which he engineered himself, to dip multiple wicks at a time, allowing them enough time to cool as they complete each rotation. Beeswax is also a useful ingredient for polishing furniture, not to mention nourishing dry lips and skin.

Bees create a lot of reusable material and hold an invaluable place in the natural world. On Nantucket especially they have found a haven with 70 beekeepers on island currently keeping hives, catching wild swarms and introducing novices to beekeeping techniques.

The ideal home for bees is a place where they can get a couple of acres of relatively untouched land to roam and adequate distance from pollution or pesticides. Katherine Kiefer gives a rather poetic description in her January 2016 article in Bee Culture Magazine: “The best honey and the healthiest bees come from places unadulterated by humans – where the plants have gone wild.” By this token, Nantucket is an oasis in the ocean for these industrious creatures. Even though coming close to a hive can seem intimidating at first, bees are naturally docile. They are a happy addition to any garden, making plants flourish and crop yields increase.

With so much activity, bees need a lot of nutrients, so they make honey to eat. They continuously produce and always make extra to store for the winter, when there are no flowers from which to gather nectar.

Nectar is the liquid that the flowers produce. Worker bees fly from flower to flower, collecting nectar in their stomachs. They incidentally collect pollen on their hind legs in little bundles called a corbicula (also called “pollen baskets”).

Once in their stomach for about a half hour, the nectar mixes with digestive enzymes, including glucose oxidase, which mixes with the nectar to create gluconic acid and hydrogen peroxide. This is acidic and guards against bacteria, ensuring a long shelf life. Once back at the hive, they deposit the honey, drop by drop from their stomach onto the walls of the honeycomb. They remove the water content by fanning the honey with their wings until it reaches the correct moisture content: 17-18%. Their wings beat at 11,400 times per minute. For reference, as Hitchcock puts it, this is equivalent to the moisture content of a kiln-dried piece of wood! And yet it retains its liquid form. Once the right moisture content is reached, the bees instinctively sense it and apply a layer of capping wax to seal the cell.

Bees also blend together honey with pollen to create a bee superfood known as “bee bread,” which is especially important for baby bees and the queen to eat in order to thrive. “Pollen and honey together make a complete diet for the bees,” says Dave Berry of Nantucket Honey Bee Company. “The pollen is the protein and the honey is the carbohydrate.”

A single hive can contain 10,000 to 80,000 bees. Their social structure revolves around the queen bee, who produces thousands of eggs a day, which is necessary because worker bees only live for five weeks to a year each, depending on how active they are in foraging for nectar. The queen,
however, can live for several years.

When a hive gets overcrowded and there is no space left to expand by adding more honeycombs, the bees signal to each other through sophisticated changes in their pheromone signals and gradually divide into two groups. One of these groups is booted out to find a new place to live. Before they go, the queen senses the hive is splitting and this triggers her to create “queen cells,” that will hatch into a new queen and start the process all over again.

Swarms may look alarming, but they are a natural part of how hives multiply. If a swarm moves into your house, do not kill them! There are ways to remove them that are safe for the bees, the house and yourself. Jim Gross, who keeps 20 hives on island and is the proprietor of Eat Fire Springs Apiary Drop and Eggs, regularly removes swarms and gets anywhere between 10 to 30 calls a season. This involves finding the queen bee (which all the other bees will follow) and capturing the worker bees around her with a special vacuum designed to not harm them. Once captured, they can be brought to a new hive.

When bees build a hive, they tend to build upwards rather than side to side. Doing this conserves heat, which rises, helping the bees to survive through the winter. However, each hive is unique. “Each hive has its own personality, its own queen,” says Sunny Daily, who keeps several hives on island and also removes swarms. “Maybe one hive is booming, another is puttering, with more than one, you see the difference. It’s nice to have that comparison.”

Exactly what makes one hive more successful than another depends on a lot of factors, but suffice to say that bees are mysterious and learning their ways is a lifelong journey. Everyone’s approach to beekeeping is unique and many of them are self-taught. This is because of their passion and dedication that the Nantucket bee community continues to grow and thrive.

Not all flowers produce nectar! Some are bred for their showy blooms, but do not provide a food source for bees. Ask your local nursery, gardener or local beekeepers about flowers that produce the most nectar and have a shape that is most accessible to bees to crawl into, for example native varieties with “single top” shapes like daisies and marigolds. Plant flowers from many different seasons so that the bees will have a consistent source of food for as long as possible throughout the year. For example, hyacinth in spring, foxglove in summer and zinnias in late summer.

If pesticides must be used, use organic and apply them in the evening when the bees are done foraging for the day and have returned to the hive.

Start a hive of your own! You can either order a starter kit and have hives mailed to you or you can capture a “feral swarm.” It is always important to do plenty of reading and research before starting a hive of your own. Seek the advice of local experts. Maybe you will want to give your honey to your friends and family – it makes a nice gift. You may also want to check out local meetings held by the bACKyard Beekeepers of Nantucket. Novices are welcome. Check out their Facebook page or contact Sunny Daily for more information at sunny@sunnydailyack.com.

Honey can contain spores of Clostridium botulinum. This isn’t harmful to adults and children over one year old, whose gastrointestinal tract is developed enough to deal with the spores. However, children under the age of one year are at risk for Infant botulism – honey is not for infants. 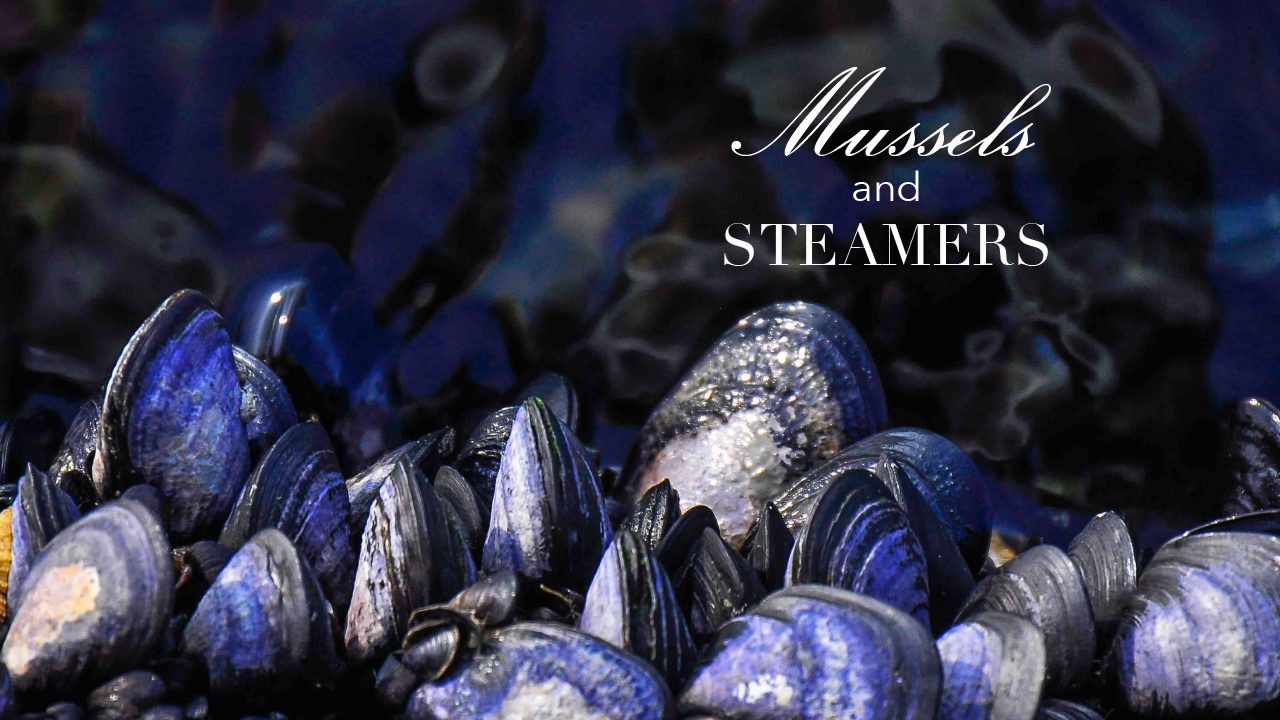 It might just be scientifically proven that a dinner of mussels or steamers will taste significantly better if you were... Read more

‘Smores, What Childhood Memories are Made Of 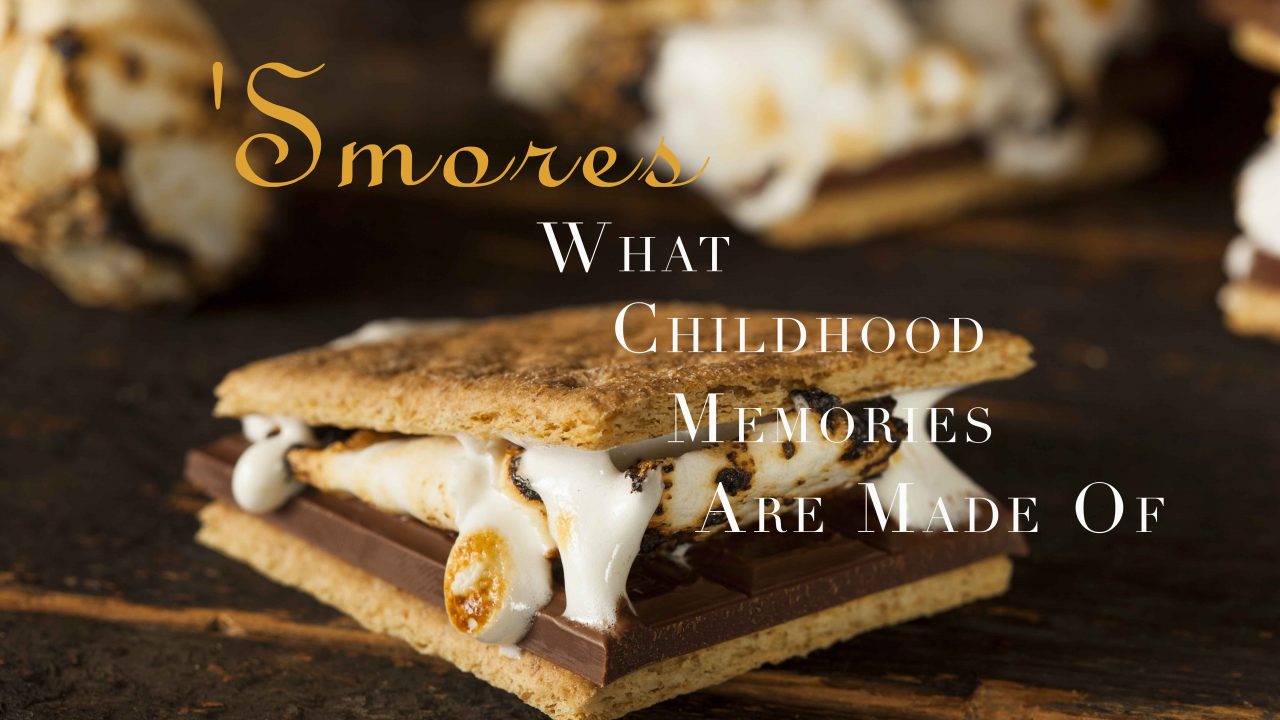 What better way to keep the summer fires burning than by making 'smores? With cordials and aperitifs (or coffee or... Read more