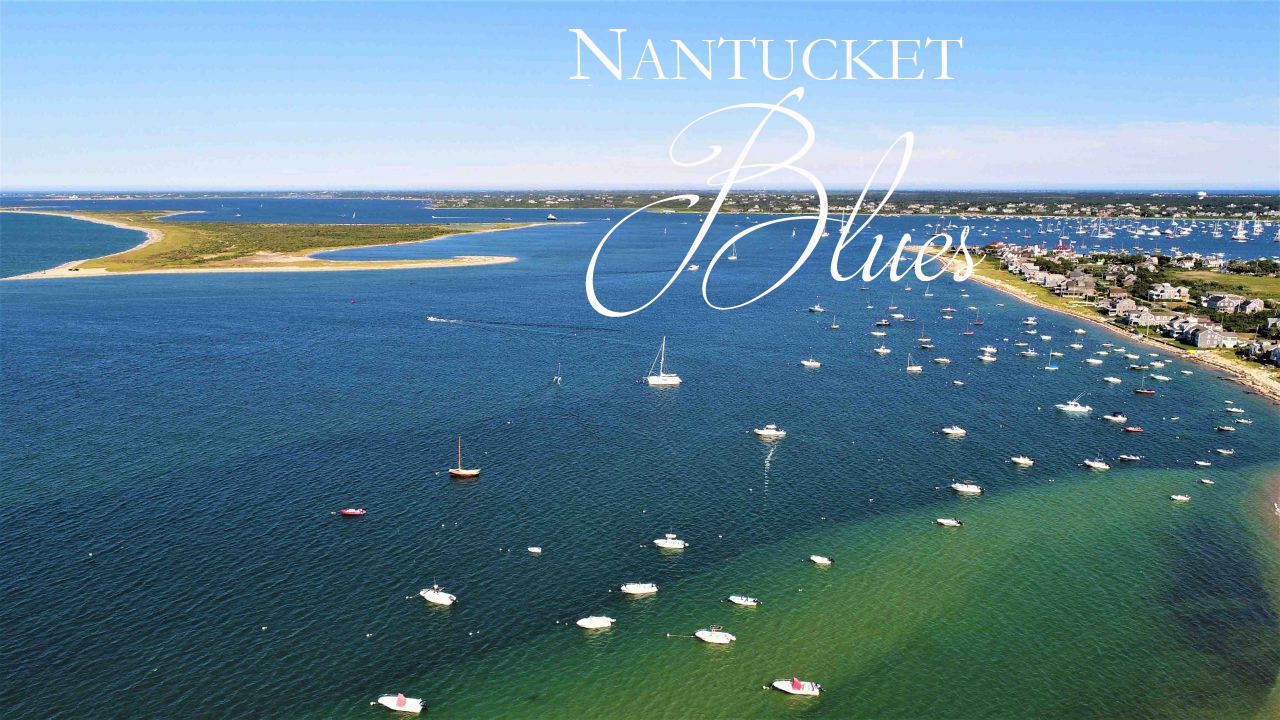 Whether arriving by boat or plane, landing on Nantucket is defined by the magnetic color of blue, and it is impossible not to fall under its spell. Nantucket’s nickname “The Grey Lady” is, of course, well-deserved – the somber color infuses the sky, houses, trees, and cobblestones at certain times of the year. But, while grey may cloak the island during the quieter months, it is the vibrant blues that truly transfix a traveler. As the summer season approaches, grey moves into blue-grey and then shifts to the many different and beautiful shades of blue that transform the island even into the late fall. These myriad hues help create the cherished island atmosphere of serenity, lightness and calm; and attract visitors and seasonal islanders by the thousands. As sirens (in this case, friendly) call out to the sailors who cannot resist. Everyone always comes back to the enchantment of Nantucket.

The Egyptians were the first to discover blue, which was produced from the lapis stone, and they used the pigment for their decorative arts. The color continued to evolve for the next six thousand years. But because it was rare and not found in nature as much as other colors, it became valuable and expensive. This created a market that only royalty could afford, and the hue remained rare for centuries. The color also became associated with divinity due to this rarity.

While blue may evoke many different emotions in people, it is widely agreed that light blue is associated with health, healing, tranquility, understanding, and softness; and that dark blue represents knowledge, power, integrity, and seriousness. Of course, there are many shades of blue, each with its own unique beauty and meaning. According to color psychology, “light blue is the color most linked to creativity. Sky blue is the most calming shade of blue and helps a person relax. It is also a color that inspires safety and serenity. Dark blue is the shade that is associated with intelligence.” Then there is azure,
indigo and cyan, all somewhat similar, but each infused with a slightly different hue that sets them apart. Azure is often described as the color of the sky. It is easy to see why the color blue is considered beneficial to the mind and body. Its mystical qualities are believed to slow human metabolism, which in turn produces a calming, yet powerful effect.

The scarcity of the color blue in nature does increase its value and popularity. Besides the sky and the ocean (which are both a mixture of blue and other colors), it is not found much in our natural world. “Less than 10 percent of the 280,000 species of flowering plants produce blue flowers,” says David Lee,
author of Nature’s Palette: The Science of Plant Color and a retired professor in the Department of Biological Sciences at Florida International University in Miami. Perhaps that helps to explain the popularity of the beautiful hydrangea plant – of course, it is also a hearty plant that takes well to the salty, windy Nantucket environment. Other blue flowers in nature are the iris, morning glory, cornflower, muscari – more commonly known as grape hyacinth, the butterfly bush, and a scant few others. The combination of the color’s calming effects and its lack of abundance makes seeing it akin to taking a deep breath and finding a precious jewel at the same time. It is key to the transfixing atmosphere of a Nantucket summer.

The enchanting character of the island has attracted many people over the centuries, including the artists who visit and live on Nantucket and find their inspiration in its mesmerizing colors, light, and landscape. While the pinks, yellows, and oranges of an island sunset glow magnificently, they would be lost without the blues, greens, and violets of the sea and sky. Blue is an essential element of art and, of course, art on Nantucket. At the beginning of the 20th century, many artists recognized the emotional power of blue, and made it the central part of their paintings. Pablo Picasso used blue and green to create a melancholy mood. Henri Matisse used intense blues to express the emotions he wanted viewers to feel. He wrote, “A certain blue penetrates your soul.” As anyone who admires the art on Nantucket knows, blue is vital to an artist’s work. It defines a painting in the sky, sea and in the flowers that are depicted. Nantucket sculptors and ceramicists also depend upon blue for its strength and depth.

Because blue creates an enticing and emotional grip on the human psyche and is such an important part of Nantucket culture, many businesses naturally like to use it for their motifs, logos, and merchandise. The color creates a common theme that registers as sky, sea, serenity and therefore Nantucket. The added benefit is that it also conveys trust and dependability. What could be better for a product’s message? But it does not (obviously) work for food!

Blue is an enduring source of comfort and tranquility and is forever tied to Nantucket. We, who visit and live near the water and open sky, are captive to its charms.

Living on an island surrounded by ocean, blues are never far away.

I often return to these views where the ponds and creeks lead out to the sea beyond because of the variety of blues that you can see in one landscape.

The lee shore of the pond reflects the pale cerulean blue of the sky, while the distant, rippling, ultramarine, blue of the Atlantic creates a crisp horizon line, and where the waves are breaking on the shore, the white froth is set off by the translucent turquoise of the curling waves. Finally, in the nearest foreground the road is crisscrossed by deep purple-blues set off by complementary sandy yellows and oranges. Plenty to work with!

On Nantucket, you can find the entire spectrum of Blues in our skies as well as the water. I love painting Nantucket skies, as the values and hues change with the hour of the day, and the time of the year. Always beautiful, always a pleasant surprise

“When you have made the voyage to the Antarctic on a square rigged three-master, traveling takes on a whole new meaning. Being exposed to the forces of nature, stormy winds, ripping sails, treacherous icebergs and the tremendous power of the ocean’s waves rolling your 150 foot vessel like a dingy, is an experience that begs to be translated into a series of sculptures. I named them “Traveling”. In Traveling XI I chose a color blue that is the fusion of the sky at early dawn, the sea and its white foamy waves. The shape of course resembles a sailing boat, its potential to take you across the oceans to new horizons, the whole a window of new opportunity and new adventures.“ ~ Peter Bremers

A freelance style of two fish swimming together that form a symbiotic relationship. The delicate nature of the carved scales softens the piece. I attempt to construct my sculptures to have movement in space.

It is my hope that I can help to raise awareness regarding the impact of ocean diamond mining. Many people do not realize that diamonds can be mined from our beautiful blue oceans. This miniature Sailors Valentine has a tiny blue diamond that could have come from the ocean. I included it for aesthetic reasons as well as a conversation starter about our ocean’s future health.

In 2017 vessels operated by Debmarine Namibia, a joint venture between the Namibian Government and De Beers mined over 1.3 million carats of diamonds from the ocean.

The water South of Nantucket when going off shore fishing, approximately 25 miles, the water has a mesmerizing blue hue to it. It is very clear and fish can see a great distance. When man can see no land, sometimes it is hard to distinguish sky from water. This 225 lb. Mako was caught in such a place.

The layers of abstract blue washes has secret layers and marks leading the viewer’s eye throughout the painting. This piece is an exploration of blue colors and forms, and how they come together in harmony creating a sense of calm, emotion and curiosity. I work in both oil and acrylic paints.

Nantucket seas and skies are a constant source of inspiration. The vivid intensity of the Atlantic waters and the moods of the sky can change from minute to minute and always challenge the artist to do them justice in translating to paint.. 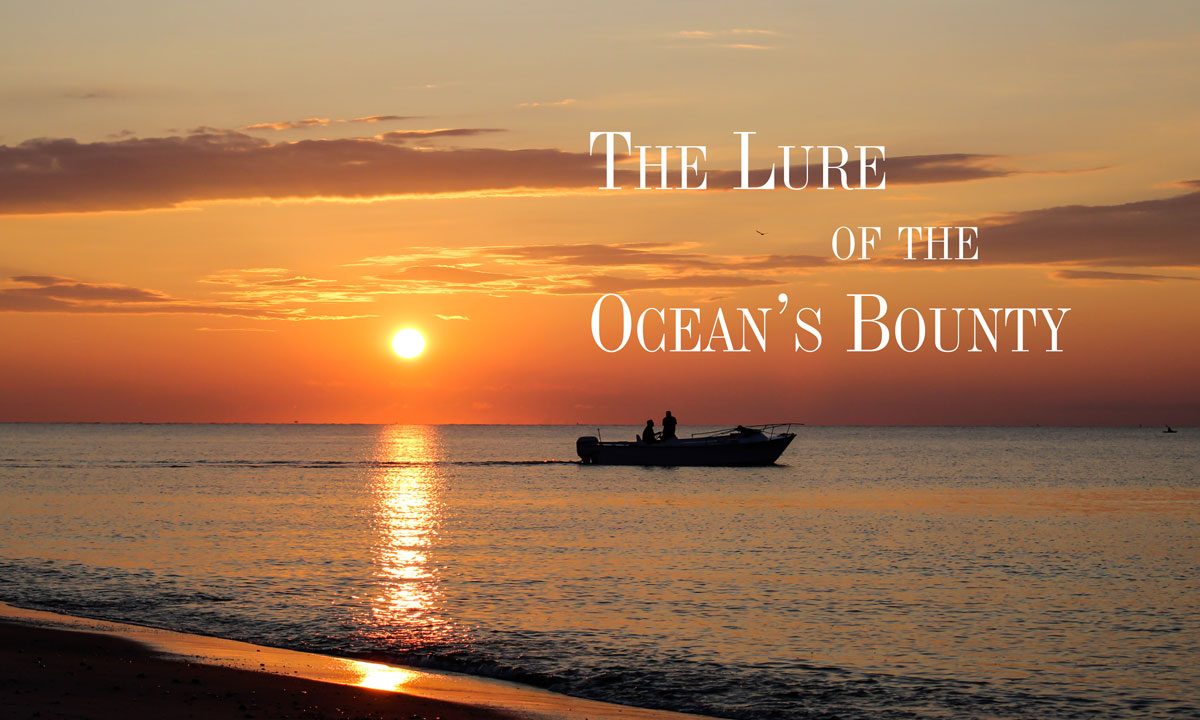 The Colors of Nantucket 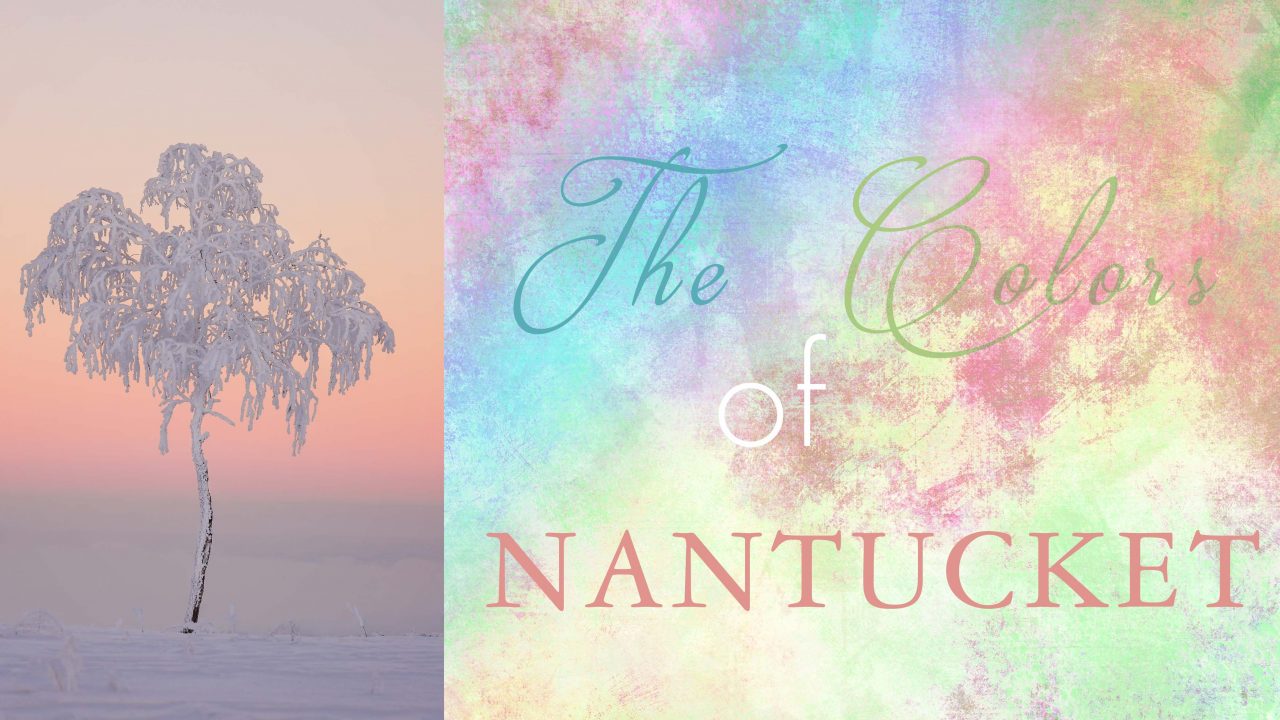 When you step foot on this little strip of sand for the first time, you realize what is meant by truly vibrant... Read more