Life Blossoms in the Spring 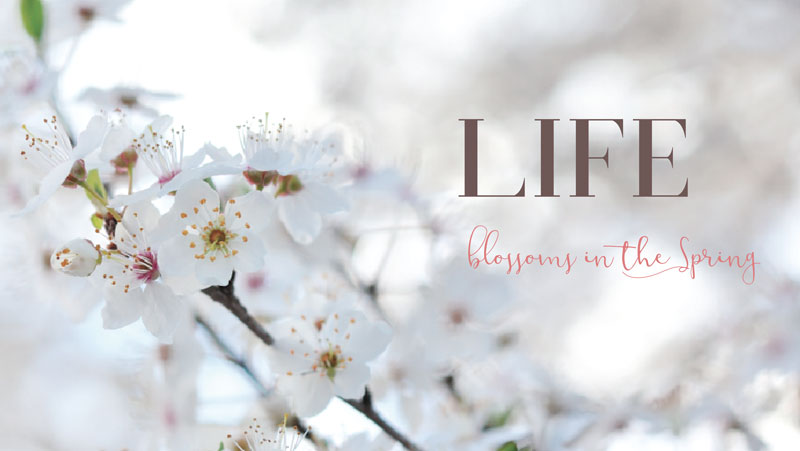 New England winters can be long, cold, bleak and unforgiving, when blizzards and nor’easters cause devastation, but as mantles of snow begin to melt, we know spring—the season that symbolizes rebirth, growth and renewal—is arriving. In March, we bid adieu to winter and after April and May we look forward to welcoming summers filled with warm sunshine. In spring, the earth’s axis is tilted toward the sun, increasing the number of daylight hours. This is when the air losses its winter chill; temperatures begin to rise; the ground softens; seeds take root; and seedlings pop from the earth to reach toward the sun. As snow melts and rainfall increases, plants begin to flourish and various animals come out of hibernation, shed winter coats and give birth. It is a joyous time — a celebration of life — when chirping birds build nests for their newborn and a multitude of colorful flowers fill gardens, hillsides and meadows. Cherry, apple and dogwood trees blossom in spring; butterflies flutter from place to place; bees gather honey; fields fill up with cloves and wildflowers; and trees are clothed with leaves. It is a happy time — months that exhilarate us.

Almost everyone is familiar with the term “spring fever”— that period of time when people are fed up with snow and ice and yearn for warmer days. When they see rapidly growing bright yellow daffodils sprouting up, they realize spring has arrived (see the oil, Still Life with Daffodils, by Kathy Anderson) and Nantucket residents and tourists celebrate the flower’s bright yellow beauty during Daffodil Weekend every April.

Contemporary floral painter Kathy Anderson only paints on location and every year she eagerly waits for the arrival of spring. The moment buds begin to blossom, Anderson is out in nature painting wild flowers and blooming flora. She intimately understands every aspect of nature’s life cycle and spontaneously lays down in paint the scenes that surround her.

In 1921, the song “April Showers” was written for the Broadway musical Bombo, and its lyrics rapidly became a national hit:

“When April showers may come your way,
They bring the flowers that bloom in May.
So if it’s raining, have no regrets,
Because it isn’t raining rain, you know, (It’s raining violets,)
And where you see clouds upon the hills,
You soon will see crowds of daffodils,
So keep on looking for a blue bird and list’ning for his song, Whenever April showers come along.”

People flock to Nantucket to see flowers flourishing in gardens, along streets and in sand dunes (see illustration Spring in Nantucket By the Sea).

Frank Swift Chase (1886-1958) was a popular artist-instructor who had studios in New York City and Nantucket. Painting with brushes and palette knives, he taught hundreds of artists how to paint with oils and developed an art colony and art school on the island. The Artists Association of Nantucket dubbed Chase “the dean of Nantucket artists,” and each summer he and his devoted students (among whom was Anne R. Congdon) painted in open-air, or in rooms on the wharves by the sea when it rained.

One of the most prolific painters of New England spring landscapes was John Joseph Enneking (1841-1916), who was an observer of the four seasons and became known as the first impressionist painter to return to America after painting with Claude Monet and his followers in Paris (1874). Enneking rapidly laid down paint in a sure manner and because he knew how to draw well, his landscapes have depth and imply the time of day and weather conditions.

After 1880, Enneking painted with impulsive vigor natural scenes with a mosaic of sumptuous colors (see the oil on the opener, Sheep and Apple Blossoms, 1889). In 1884, the Boston Art Club stated: “ . . . He loved trees with the pantheistic devotion of a Japanese artist, and he felt that perhaps there was a living consciousness beneath a shaggy bark which claimed a brotherhood with man. Trees in springtime, all blossomed in a glorious array of color, bowing to men’s feet — this is what Enneking spent years interpreting.” By the time of his 1916 death, Enneking was revered as one of the finest painters in America.

Enneking inspired painters like Vesper George (1865-1934) and encouraged them to paint outdoors in natural light (see his oil Springtime, 1910). George studied in NY and Paris before settling in Boston and Gloucester. In 1924, he founded the Vesper George School of Art in Boston (closed in 1983), which employed eighteen instructors in fine and applied arts. He was an outspoken, active leader in the local art communities and spent too many years painting portraits and murals, but his impressionistic canvases of everyday people enjoying warm spring days rank among his most
desirable work.

Arthur Parton (1842-1914) painted throughout the state of New York and is known for scenes of the Catskill and Adirondack mountains, and lush pastures. He was a popular man who exhibited for over a half-century at the National Academy, and moved from a tight academic Hudson River School palette to Impressionism (see the oil Apple Blossoms and Sheep in a Meadow, ca. 1880-90). Parton’s color harmonies are darker than those of Enneking’s and Parton utilizes heavier brushstrokes. Enneking’s group of sheep is an integral part of the landscape (see Enneking’s Sheep and Apple Blossoms, 1889), whereas Parton’s sheep blend into the landscape and are not given prominence.

Unlike Arthur Parton, Henry Pember Smith (1854-1907) was an academic-impressionist who paid attention to details. His painting “Calm Spring Day,” 1880 (see illustration) displays the glories and peacefulness of spring, with a man fishing in a pond as ducks swim by. Like many of his artistic contemporaries, he chose to create idealized visions of rural environs in and around Lyme and Old Lyme, CT that appealed to an increasingly urban America.

In 1916, Charles Courtney Curran (1861-1942) painted his daughter Emily in a Cragsmoor, NY spring garden (see illustration Wild Azaleas and Ferns, 1916). Curran is best known for naturalistic canvases of girls in gardens or standing upon huge rocks looking out at expansive Cragsmoor vistas. Because azaleas bloom for only two to three weeks in warm spring weather and come in a variety of vibrant colors, Curran convinced his daughter to pose when the flowers were fully grown. He planted wild ferns — which are an evergreen perennial — alongside azaleas and often bragged about how colorful and artistic his gardens were.

Curran’s contemporary Howard Chandler Christy (1872-1952) was also known for painting figures proficiently and by 1890, he painted striking portraits of presidents, society grand dames, Hollywood stars and Army Generals. After studying with William Merritt Chase, Christy became a sought after illustrator, who covered the Spanish-America war for popular magazines. His fame and reputation were secured when Scribner’s published his painting The Soldier’s Dream, which showed a beautiful girl known as The Christy Girl —a prototype for the ideal American woman.

Christie’s Fishing Along a Stream, 1944 (see illustration), represents the artist’s impressionistic period when he dropped illustration work and painted solely outdoors. The artist had a great sense of color and was a consummate draftsman and he enjoyed showing youthful figures doing everyday activities along flowing American rivers and streams.

Highly respected pastellist Cindy House has vast knowledge of nature and painting. She was renowned for her studies of birds before becoming a pastel painter whose focus was to display nature as it truly looks. In The Old Beaver Pond (see illustration) budding flowers from lily pads contrast a dense forest in the background, and a translucent, reflective pond captures the essence of a fleeting moment.

All of these paintings uplift the human spirit because they display beautiful colors, blossoming trees, blooming flowers and peaceful — yet enlivening — moments when humans happily intermingle with the natural environment.

The layers of abstract blue washes has secret layers and marks leading the viewer’s eye throughout the painting. This piece is an exploration of blue colors and forms, and how they come together in harmony creating a sense of calm, emotion and curiosity. I work in both oil and acrylic paints. 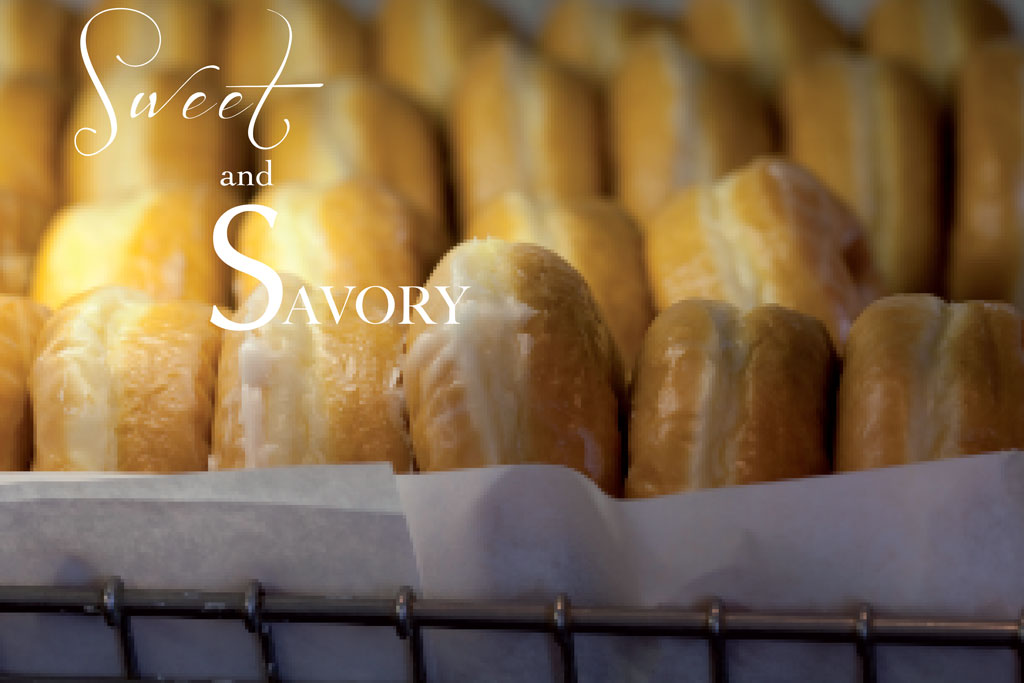 The Nantucket Bake Shop is the epitome of an old-fashioned bakery, not many of them are still around.... Read more