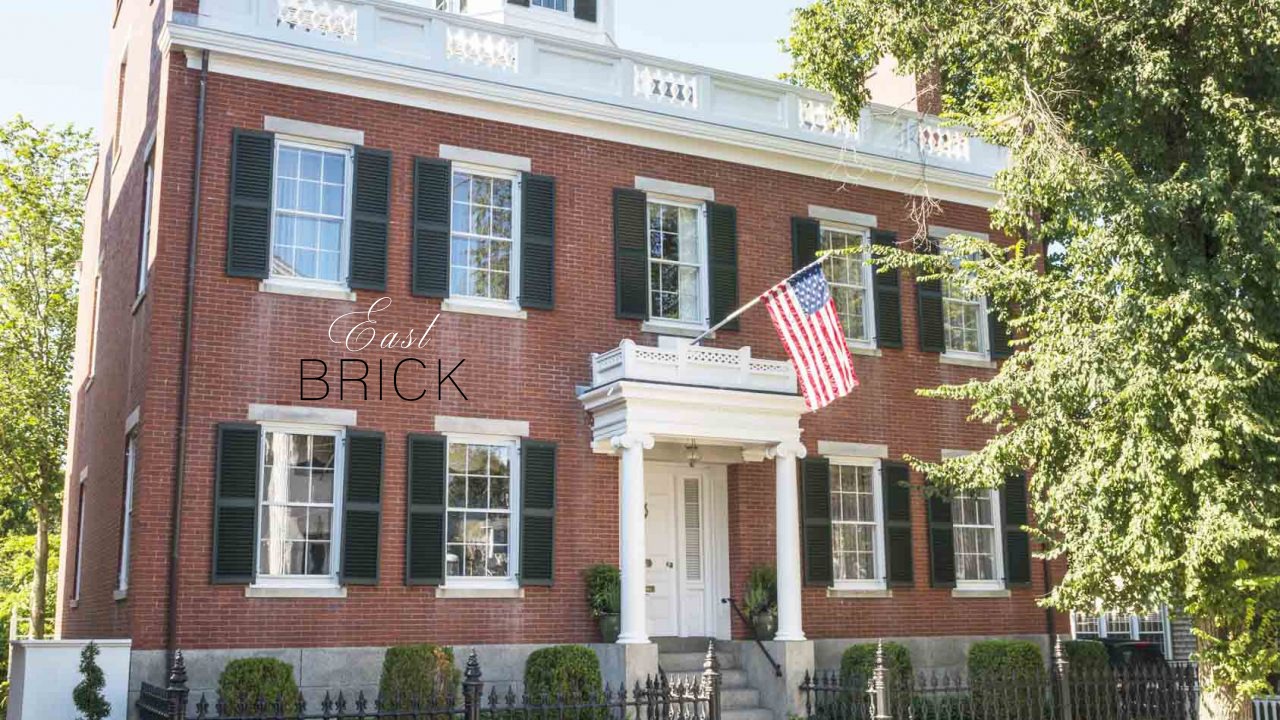 They stand sentry over upper Main Street, three identical imposing brick facades that are reminders of Nantucket’s booming maritime economy that lived and died by the whale oil industry. The Three Bricks, as they are known collectively, were built by Nantucket whale oil merchant Joseph Starbuck in the early nineteenth century. He had three sons, each of whom was bequeathed with his own brick mansion. The three gorgeous houses have since come to be privately owned by other individuals, and each is known by its position relative to the other two. The westernmost house is West Brick; the center house is Middle Brick; the easternmost is East Brick.

East Brick was recently owned by Nantucket summer residents Marie and Rick Wackenhut, the eleventh owners in the house’s illustrious 180-year-old history. The couple first encountered the home’s interior during a tour sponsored by the Nantucket Preservation Trust. “When we went through it,
neither of us had any intention of buying it,” Marie recalled. The couple already owned a historic home on the island located on Union Street, and moving was not on their agenda. “We honestly weren’t in love with the house the first time we saw it,” Marie recalled. “But we were in love with the history of Nantucket and the history of the people who were here before us.” That love of history—the Wackenhuts are also avid historians (“it’s an avocation,” Marie explained of their mutual love of history) – meant that when came up for sale, they had a conversation about the possibility of buying it. “We decided that we could be the custodians of this historical home,” Marie explained.

Upon moving in, the Wackenhuts discovered a litany of things that needed updating and repairing, and being the avocational historians that they are, they decided to go room-by-room (a number that hovers around thirty) and do a full historical restoration of the home’s interior. “We spent a great deal of time researching the different periods,” Marie said. “We learned a lot about Nantucket history in general and the specific history of the interiors of historic homes.” That research included countless hours working with the Nantucket Historical Association staff, as well as various museums and libraries throughout New England.

We love history and we love restoring things back to the way they originally were because that history is both so beautiful and so important.

This was not merely a veneer-style restoration, with historically appropriate coverings on top of modern craftsmanship. The Wackenhuts sought out specialists and craftspeople who were able to literally recreate the historical pieces using historical techniques. From the furniture to the wallcoverings—and even things that aren’t visible to the average visitor—everything was done with historically accurate materials and processes. “You can’t see it,” Rick explained, “but we know it’s there. And it just feels right to have it done that way.”

When they began the renovation, the first room to get a makeover was the foyer. Marie recalled the day they began: “When they hung the first piece of wallpaper in the foyer, you could literally feel the house take its first great breath. The house began to come alive at that moment.”

From that first piece of wallpaper, the Wackenhuts created a tangible timeline of Nantucket’s history. “We saw it as our duty as custodians of this home to preserve the history that was so important to it,” Marie said. “And that meant presenting the history through artifacts.” On the first floor’s two parlors, the Wackenhuts offer a presentation of Nantucket’s whaling days. The first parlor features a recreation of Starbuck’s office, complete with period antiques including a whaleship’s logbook. The second parlor offers a glimpse into the China trade that was so important to Nantucket’s economy in the 1830s. Chinese antique porcelain, art, and furniture are the focal points of this part of the home.

The second floor reflects the fact that, as the decades wore on, whalers had to travel further and further around the globe in search of their quarry. Those global travels resulted in whalers’ bringing back artifacts from around the world, and the second floor features period antiques from all over. The third floor shifts from the whaling days to the early twentieth century on Nantucket, when the island was quickly becoming a popular vacation destination and an artists’ colony. Local carvings, hand-woven lightship baskets, and other artwork by Nantucket artists populate this top floor. “The house is a real timeline,” Marie said of the interior. “We love history and we love restoring things back to the way they originally were because that history is both so beautiful and so important.”

The house is a real timeline

One of the joys of renovating a historic home like East Brick is the discovery of heretofore unknown architectural elements or other hidden treasures. For the Wackenhuts, that discovery came in the basement, which had been the site of the original kitchen and where Rick envisioned a wine-tasting room. The centerpiece of the wine-tasting room is a piece from a huge wine barrel mounted to the wall, which required the moving of some electrical boxes. When they moved those boxes, the Wackenhuts could see brick behind the plaster, and they began to investigate. Behind the plaster was a wall that had been added in the 1900s, and behind that was the home’s original cooking fireplace that had been covered up for more than a century.

The process of restoring East Brick. involved, as Marie put it, “a ton of work,” but she was quick to add that this husband-and-wife duo loved every minute of the work. “It is totally a labor of love,” Marie said. “We felt like we were giving the house back its soul.”

The Wackenhuts spend their winters in Palm Beach, Florida, and their children and grandchildren all live in south Florida, too. It’s a desire to spend more time with those children and grandchildren that is pulling them away from Nantucket, which had led them to make the decision to list East Brick for sale. And while Nantucket will be sad to lose such a dynamic force in the world of interior preservation—not to mention a pair of genuinely great people—they have left their legacy on the island already, a legacy that has made Nantucket a better place for their having been here. As the owners of East Brick and the custodians of that home’s incredible history, the Wackenhuts have helped to preserve for future generations one of the most important elements of Nantucket: her fascinating and multi-faceted history. 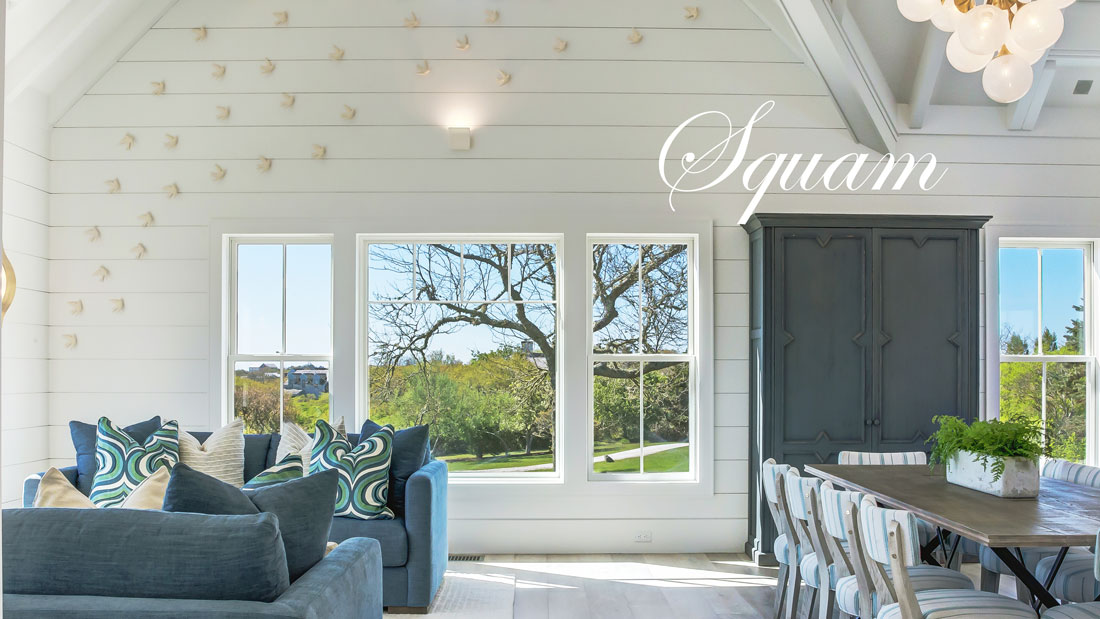 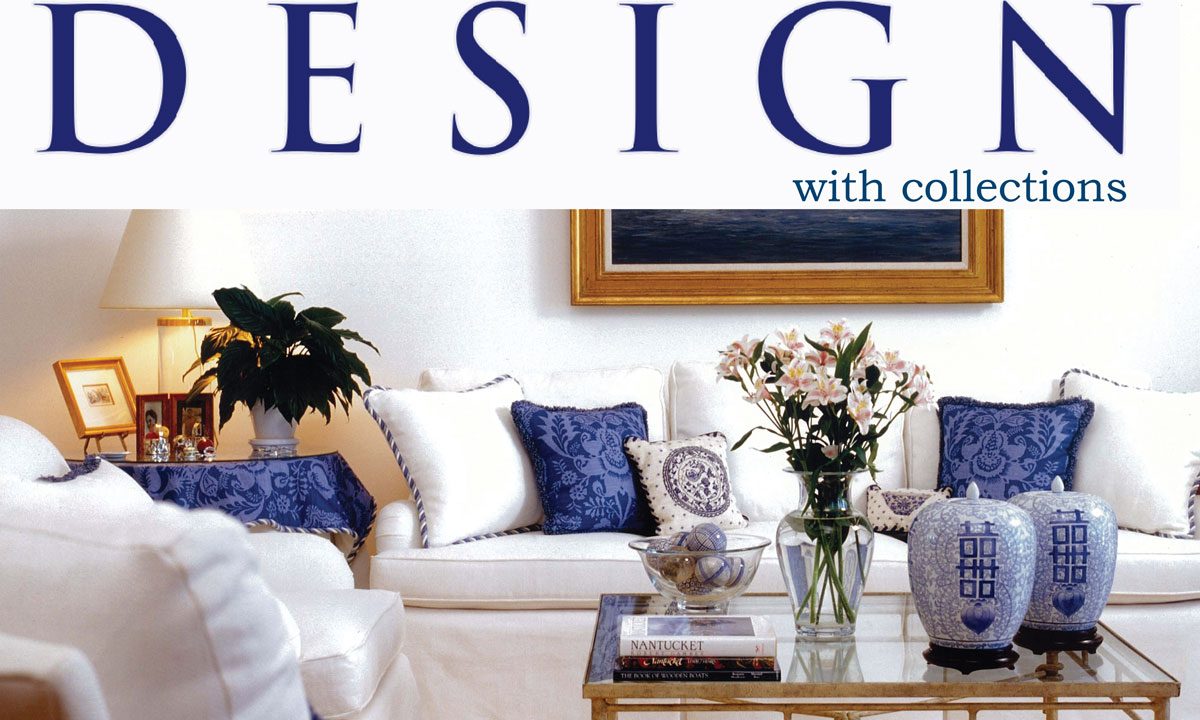 What is it about some homes you visit that make you wish you could recreate something about them? Read more